The Navy College Fund (NCF) is a scholarship opportunity that covers the cost of college tuition for many United States Navy servicemen and women after the completion of their service. The program is offered at the time of enlistment and is combined by service members with the Montgomery G.I. Bill. It is one of the most popular incentives provided by the U.S. Navy as it helps service members meet their higher education goals during or after military service. Read on to learn more about the basics of the Navy College Funds, who qualifies for the program, keeping benefits, and where to learn more!

Who Qualifies for the NCF? 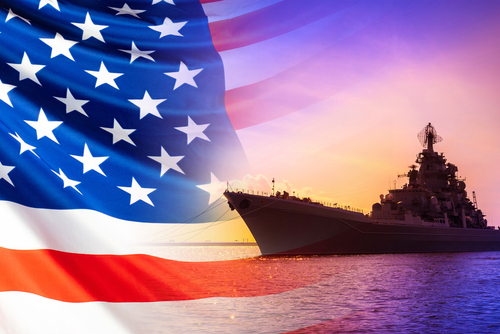 Contrary to popular belief, not every service member of the U.S Navy can qualify for the Navy College Fund. Because the NCF is funded only by the U.S. Navy (unlike the Montgomery G.I. Bill) the Navy classifier decides who receives the award rather than the recruiter. In order to be considered for a guarantee of benefits and to receive benefits, the service member must meet the following criteria:

Does A Person’s NCF Amount Increase?

Benefits remain locked in at the amount a service member’s contract was written for. A service member that enlisted 10 years ago may not receive the same dollar value NCF benefit as someone who enlists tomorrow. This is different than the value of the MGIB program, which does increase annually and is based on the current value of the benefit.

There is a modest level of calculation required to figure out the amount that a serviceperson might qualify for from the Navy College Fund program. Title 38 of the United States Code contains the law that governs the Montgomery GI Bill program and allows each branch of the military to increase the amount of money offered when the individual enters active duty. The amount a service member may receive through the Navy College Fund depends on when he or she entered the Navy.

For example, a service member who joined the Navy between January 1st, 1990, and September 30th, 1990, would receive a kicker of $10,800.00. For a service member who joined after September 30th, 2011, the amount of the kicker is $53,028.00. The kicker has changed every year or every few years to keep up with inflation and general costs for college. There are also some professions in the Navy that have a special rate that is unique from the standard amount offered to select Navy personnel.

For recruits who are accepted into submarine and nuclear fields, the amount awarded is $50,000.00 and requires an obligation of six years. For individuals who are recruited as “advanced technical training” recruits, the award is $40,000.00 and requires an obligation of four years. One of the most important tasks a future sailor must accomplish is figuring out the value of their Navy College Fund benefit and how they might use it in the future.

Can NCF Benefits Be Lost?

More Information About the Navy College Fund and Other Resources

The United States Navy and all branches of the United States Military make it possible for their potential recruits to better understand the benefits they could receive. There are many websites that explain different aspects of the benefit programs. It is best to read all available information to better understand these benefits and how they can improve the quality of life and education.

The benefits from the Montgomery GI Bill and the additional money offered through the Navy College Fund kicker is a reason many future sailors decide to serve in the Navy. For many future service members, high school is the time when they make the decision to serve. However, one of the most important things a high school student must do is graduate from high school without having to resort to a General Education Diploma (GED). To qualify for money from the Navy College Fund, students must graduate with a high school diploma. 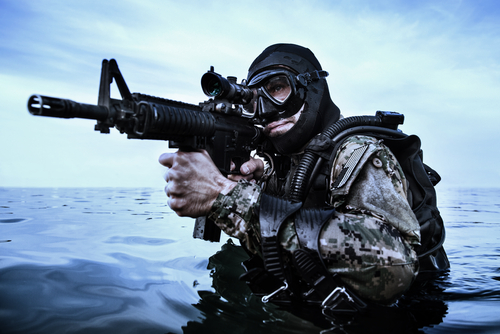 Failing a class in college can feel traumatic, and someone who receives money from the Navy College Fund and their Montgomery GI Bill might wonder whether their failure in a class will cause a problem with their kicker. Fortunately, failing a class doesn’t necessarily mean that the student must pay back his or her NCF money or money from the GI Bill.

One of the benefits of the GI Bill and the Navy College Fund program is that there are opportunities to receive free tutoring where the student will receive money to pay for the tutor as long as the professor agrees that a tutor can help the student pass the class. If there is any chance that the student may pass the class with additional help, it may be beneficial to seek out a tutor rather than drop the class and risk the financial penalty.

Are the Benefits From the Navy College Fund Program Taxable?

Sailors may receive tens of thousands of dollars through the Navy College Fund, and one of the added benefits of receiving money through the NCF is that the money received for education and training isn’t taxable, which means the money isn’t included on a federal tax return as income. According to the Internal Revenue Service (IRS), any money received from the Veterans Administration, which administers the benefits through the Montgomery GI Bill and the Navy College Fund, doesn’t need to be entered into a serviceperson’s income as long as the money was used for a direct education expense.

Sailors who want to use their Navy College Fund money and the money they get from the Montgomery GI Bill must use their benefits within ten years of exiting the military. A sailor can serve in the Navy for 20 years with their G.I. Bill and Navy College Fund money waiting for them when they leave the Navy, but the clock starts ticking once they are no longer Active Duty. If a serviceperson fails to use his or her benefits within ten years of leaving the military, those benefits expire and are no longer available.

To use MGIB and NCF money, a student must attend a school that is approved by the U.S. Department of Veterans Affairs. The VA offers a simple search tool that can help sailors find a school in their home state that they can attend and use their benefits. Schools must participate in the Principles of Excellence program, which is a list of guidelines that the school must follow in order for its students to qualify for funds through federal programs like the GI Bill and the Navy College Fund program.

The Montgomery GI Bill was originally passed in 1944 as the Servicemen’s Readjustment Act of 1944, but the law would see an update with the Post-9/11 GI Bill. The updated bill was designed to offer modern servicemembers a more generous level of financial assistance for tuition and fees, as well as a monthly housing allowance and a stipend for books and supplies for a maximum of 36 months.

The most recent incarnation of the GI Bill was signed into law by then-President George W. Bush in 2008 and went into effect in 2009. The bill was updated again in 2017 and was called the Harry W. Colmery Veterans Educational Assistance Act, or the Forever GI Bill. One of the most notable features of the Post-9/11 GI Bill is that service members become eligible for at least some benefits with as little as 90 days of Active Duty service.

Qualifying for Multiple College Funds at the Same Time

One of the interesting features of the College Fund is that it’s possible to qualify for two different college funds at the same time under certain circumstances. According to information from the U.S. Department of Veterans Affairs, there is no language within the College Fund that prohibits people who serve from accessing money from more than one type of service.

For example, there is a program known as the Simultaneous Membership Program from the ROTC that offers a kicker, and a person could theoretically also be a member of the Army National Guard and receive their MGIB-SR college fund at the same time as their ROTC kicker.

Not all sailors will qualify for the Navy College Fund, but that doesn’t mean that the service member won’t qualify for other programs. Some of the programs that people who serve in the Navy may qualify for include the Navy Olmstead Scholar Program, the Graduate Education Voucher Program, the Navy Loan Repayment Program, and the Seaman to Admiral-21 Commissioning Program. These programs are always open to enlisted personnel but may also be available to reservists in the Navy.

The benefits from the Montgomery GI Bill and the additional money offered through the Navy College Fund kicker is a reason many future sailors decide to serve in the Navy. For many future service members, high school is the time when they make the decision to serve. However, one of the most important things a high school student must do is graduate from high school without having to resort to a General Education Diploma (GED). To qualify for money from the Navy College Fund, students must graduate with a high school diploma.

The Navy College Fund Program can make a sailor’s time in the Navy even more rewarding by helping him or her gain the post-secondary education he or she needs to further a career in the Navy or pursue a rewarding career outside the military after active duty. It’s essential for future sailors to inquire about their eligibility for the Navy College Fund program before they sign any documents for becoming an Active Duty sailor.