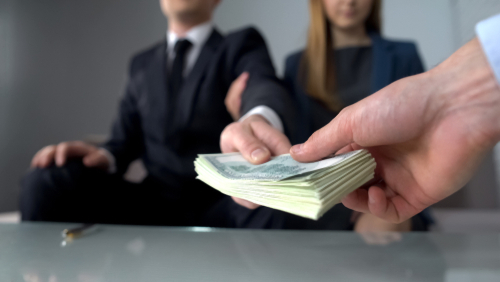 Television actor Lori Loughlin, best known for her role as Aunt Becky, was one of the people swept up in a broad federal criminal investigation involving college admissions scam. The scam involved everything from bringing school officials associated with the admissions process to cheating on college admissions examinations. Loughlin now faces multiple felony charges in the United States District Court in Boston which has many asking, “Will Aunt Becky go to jail?”

You may also like: Top 25 Most Affordable Online Business Graduate Degrees

How the College Admissions Scam Worked

At the center of the college admissions scam is a man named William “Rick” Singer. Eight years ago, Singer established what he said was a college counseling business. The business is known as The Key.

In fact, Singer developed a variety of schemes by which well-heeled clients could gain admission to highly rated colleges and universities in the United States through cheating on college admissions examinations, faked resumes and transcripts, and outright bribery. In the case of Loughlin, the B-list actor and her husband, fashion designer Massimo Giannulli, paid over $500,000 to gain admission of their two daughters to the University of Southern California as crew recruits. The problem is neither of Laughlin’s daughters rowed crew.

The daughters are pseudo-celebrities as the result of Instagram followings they try to cash in on. Evidently, they don’t promote their phony crew-rowing “abilities.”

The Federal Sentencing Guidelines and the Case Against Lori Loughlin

Lori Loughlin and her husband, Massimo Giannulli, both face charges that include conspiracy to commit mail fraud and honest services mail fraud. Mail fraud is one of the most common types of cases prosecuted in the federal court system. White collar prosecutions oftentimes will include a mail fraud charge in an indictment. The potential sentence in a mail fraud case can run as high as 30 years of imprisonment, according to the U.S. Criminal Code. In addition, a federal judge can order a fine of up to $1 million.

The sentence that ends up imposed in the case against Lori Loughlin will be primarily determined by any plea agreement she might reach with the government as well as the U.S. Sentencing Guidelines. While a federal judge is not bound by any agreement reached between the prosecution and defense, the U.S. Attorney can make a sentencing recommendation to the court.

The U.S. Sentencing Guidelines take three primary factors into account when it comes to establishing a sentencing range in a particular case. These factors are:

By all accounts, Loughlin has no criminal history, so that weighs in her favor. At this time, it’s not possible to evaluate whether Loughlin will cooperate and accept responsibility. Finally, $500,000 is the amount of money attached to the case, which will raise the amount of time Loughlin could face incarcerated.

Loughlin does have exposure to spending at least some time in jail, based on the U.S. Sentencing Guidelines. Thus, when the question is asked will Aunt Becky go to jail, the answer is “likely.”